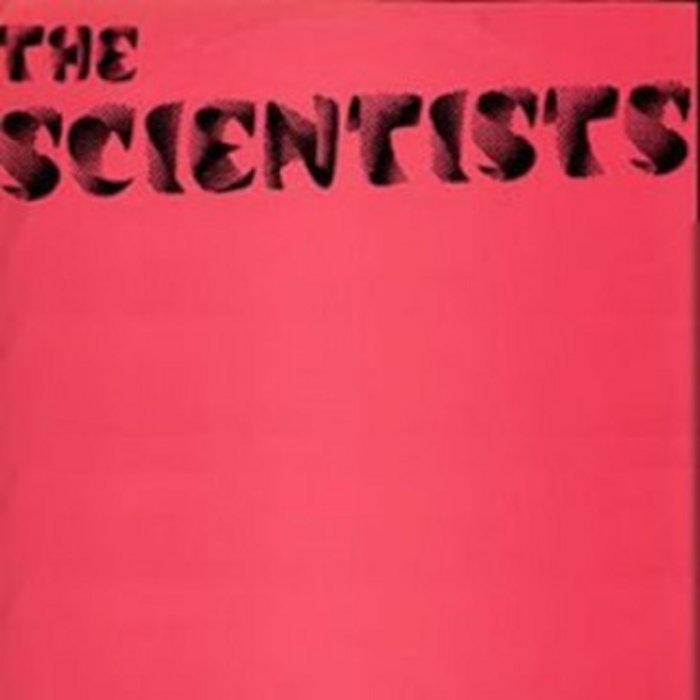 The Scientists ~ [The Pink Album]

Kim Salmon initiated himself into the world of live music with a cabaret band called 'Troubled Waters' They obtained a residency at Tarantellas Nightclub in Fremantle, only to lose the young Kim Salmon after (only) eight weeks.

It was 1976 and Kim had a vision from above to get himself a punk band together, influenced by such artists as the New York Dolls, Sex Pistols & the Ramones. 'The Cheap Nasties' was the name & Perth they tried to claim, only to be vexed by the Perth supergroup of the time 'The Victims' (oh those were the days!) Eventually they split up & Kim went his own way, and The Cheap Nasties reformed later as 'The Manikins'.

The Invaders were Boris Sujdovic, Roddy Radalj, John Rawlings & Kim Salmon. The public hated the Invaders so much that they had to split up a short time later, even though the combination now would make a good line up.

The timing was right, James Baker had just left The Victims & Kim was on the look-out for another band. The ingredients were right, Just add a touch of Radalj & a large dose of Sudjovic and the Scientists reared their ugly heads onto the Perth public. Their first gig was plagued with hype, that faded very quickly till it looked like another Invaders. The punters didn't understand their type of punk music, it was too poppy. But the boys stuck it out, with a line-up change of Dennis Byrne on bass, replacing Boris. In 1978 they released their first single 'Frantic Romantic' and 'Shake (Together Tonight)' on the DNA record label. To support this single they toured to the East & conned Molly to give them a spot on Countdown (Wow).

The next release was a 4 track single with Ian Sharples on Bass & Roddy was replaced with Ben Juniper on guitar. The single featured 'Last Night' 'Pissed on Another Planet backed with 'Bet ya lyin' & 'It's for Real.'

Around this time a tape was released [Rubber Never Sleeps] that sounded as though it was recorded in someone's house, with dogs barking & chickens clucking in the background. It contained most of the material that was on the singles & some new stuff.

Yet another line up change & the Scientists became a three piece band, featuring Kim, James & Ian Sharples. Their first album was released in 1980, having a plain Pink Cover with just their name printed in Calypso style across the top.

The first self-titled album by Perth's Scientists bears almost no resemblance to the Scientists who released so many wonderfully dirgey records in the '80s. Rather, this LP serves as a predecessor for another Australian rock institution, the Hoodoo Gurus. As on all Scientists' releases, this one features Kim Salmon on vocals and guitar, but here he is joined by future Gurus rhythm section James Baker (Victims) and Ian Sharples, on the drums and bass, respectively. The music chugs along with all the right influences, including Big Star, the Ramones, Johnny Thunders, and the Troggs. Not quite punk, but in Perth circa 1980, it must've sounded pretty radical. With the simple themes of teen romance ("Walk the Plank"), teen alienation ("Larry," "Teenage Dreamer"), and girls ("Girl"), this record comes out of nowhere to bring you right back to that place when these subjects fixated you.

The album was recorded as the band was breaking up, but the music stands on its own as a joyful ode to simpler times, before Salmon's heart was in a place called "Swampland," which is, of course, nine parts water and one part sand. Salmon later re-formed the Scientists, taking the band in a radically different and darker direction. While not indicative of the Scientists' sound (generally more Birthday Party-like) this LP stands as their best, as well as one of the finest moments in early-'80s Australian rock.

Recorded between January and March 1981.

Kim Salmon is an Australian musician and songwriter.

Kim Salmon's most enduring legacy, and not one that he particularly tried for, will no doubt be that many blame him, or at least his band The Scientists, for 'grunge'.

Bandcamp Daily  your guide to the world of Bandcamp