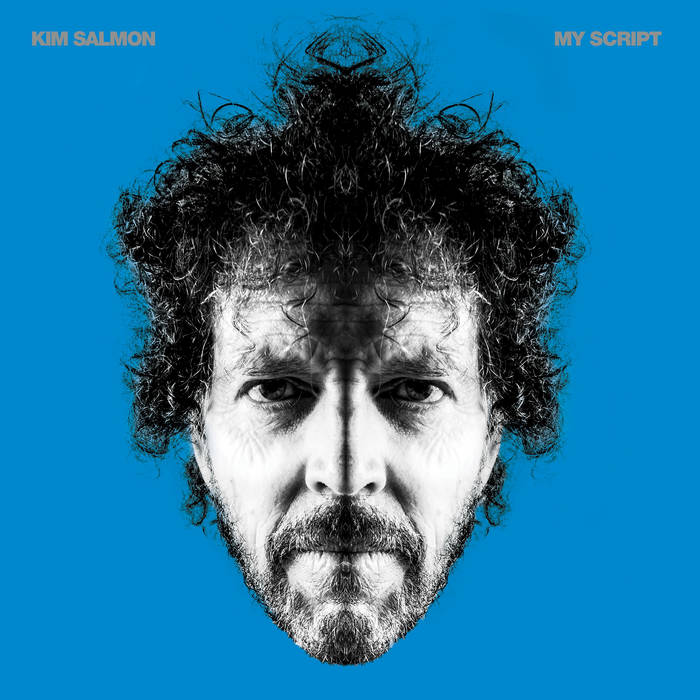 Myles Mumford is the producer of "My Script". It wouldn’t have happened, or at least happened the way it did, if it were not for him.

I met him a while back when he was the producing The Key of Sea volume II to benefit the Asylum Seeker Resource Centre and Human Rights Arts and Film Festival. I collaborated with political commentator and media star Waleed Aly on one of the tracks. Myles looked me up about a year later proposing we work together on an album. We met and I played him a bunch of sketches.

He immediately had ideas about them and importantly they were ideas I liked! Since then we’ve had about 20 sessions stretched out over nearly a year. We’ve become good friends over the course of things. I’ve subsequently learned that practically everyone in the Melbourne music community knows Myles and says he’s a great guy. He is.

Being in a recording studio for a musician involves about 10% performing and 90% waiting around - while the producer does all the tech stuff.

On the way to one of the early sessions I passed an art supply store, got a brainwave and took a sketch book with envelope sized bits of paper in to the studio. But, what to draw?

I’ve amassed a whole bunch of sketches of whatever comes to mind over the course of the process. It’s actually become an important part of this project for me. I’ve been doing way more drawing over this period of recording than in all the decades since I dropped out of Fine Art. I’ve made 4 drawings available as a reward for people buying this album from Bandcamp. Thank you for your support!

In the past I’ve approached my music from a conceptual art perspective. The Mark II Scientists was all about minimalist primitivism, the Surrealists was about deconstruction and salvage, Salmon was about all kinds of HEAVY, E(r)nest was about the glut of singer songwriter ‘share house folkies’ around the place, The Darling Downs - the search for uplifting but simple beauty, Precious Jules punk/glam hooks; even a project that was me writing in collaborations like the Beasts of Bourbon.

I will continue to create in this way. I dropped out of a Fine Arts degree all those years ago to get a ‘real job’. I soon realised that playing music took up the head-space I had for making art and so I’ve always approached it as though I was making art.

That said, the process of recording this album has been nothing like my previous releases.

Myles and I began this project by picking a piece I’d been developing in which I use the sound produced by holding my thumb over the end of an unplugged lead connected to an amplifier turned up loud as accompaniment to my vocals.

He took great care to make optimum use of recording techniques for me to render the idea under his sympathetic direction. The results were surprisingly accessible. This has been the approach all along. i.e. go with whatever idea I’ve had and take it where I could. It was decided early on that this could be done with very little involvement from other musicians to bring its inherent compromises to a minimum.

If I were to ‘conceptualize’ this album I would say I have metaphorically put myself on the couch and made the world my analyst. However if I’m honest that is an after-the-fact reading of the situation. All I have done with this record is just make music and write songs without any criteria other than ‘do I like this idea?’ and “does it sound good?”

Produced and mixed by Myles Mumford

All Tracks recorded by Myles Mumford at his home and Bakehouse Studio North Fitzroy, Victoria except for tracks 2 and 14 recorded by Jozef Grech at Underground studio Booragoon WA.

Artwork by Pete and Kelsey at hoof.net.au Photography by James

Special thanks to Maxine Pryce for her support and for putting up with me, Myles, Andrew Fuller at New Action Management, Jozef Grech, Mark McEwan, Waleed Aly, Brody Simpson, Michael Stranges, Loretta Wilde, Pete Stone, Todd Pickett, Barry Douglas, Lara Stevens, Ron S Peno, Dave Faulkner, Martin Coppard for the use of his Coppard acoustic guitar on ‘Pathologise Me’, Pete Barrett, James Pipino, and everybody who has supported this project so far.

Myles Mumford would like to thank Tegan Mumford, the Asylum Seekers Resource Centre (for the Key of Sea Project) and Kim Salmon for the trust and the good times.

Kim Salmon is an Australian musician and songwriter.

Kim Salmon's most enduring legacy, and not one that he particularly tried for, will no doubt be that many blame him, or at least his band The Scientists, for 'grunge'.

Bandcamp Daily  your guide to the world of Bandcamp